Nils Duwähl, from the National Handicap Organization, is one of the many who is upset about the F Pier at Terminal 5. According to Monday’s SvD, almost six hundred formal complaints have been made about it.

“Many other airports around the world have better facilities for people with disabilities,” said Duwähl.

A source told SvD that the construction of the F Pier without the electronic walkway – despite a distance of almost a kilometre between the car park and the furthest gate – only saved the airport a small amount of money. Bo Karlberg, who was a project manager for Project Arlanda, stated that there were commercial reasons behind the decision not to install the walkway.

“Shops that were under construction in the new F Pier did not want to see their customers going by on the walkway,” he said.

Niclas Härenstam, who is the chief of press for Arlanda Airport, denies the existence of such a discussion during the project.

But that’s not all Härenstam has to deal with at the moment. Another article from Monday’s SvD revealed that transportation companies are working at the airport without proper authorization.

According to SvD, the problem is that Luftfartsverket (Swedish Civil Aviation Authority) does not know how the law works. All transportation companies must have a special authorization – demonstrating that the company has money, qualified employees, and no debt – in order to operate.

“These companies put the prices way down, cheat with taxes and fees and therefore can afford to charge less. We get very upset when our business is given away to other companies”, says the chief of a rival transportation company.

At the moment, companies do not have to show any special authorization to acquire access badges to airside areas.

SvD discovered that one of Arlanda’s biggest airline companies has repeatedly hired a company that does not have proper authorization. Another company employs a driver with no driver’s license. The police are already aware of these facts, but the problem lies in being able to prove that airline companies are aware of how the law works.

Corruption at Arlanda has also hit the headlines this week. After the construction of Arlanda’s third runway, a series of irregularities were discovered among the staff of the companies involved in the construction. Three men were charged on Friday for fraud at Sollentuna’s district court.

According to Dagens Nyheter, the first prosecution involved three men working for Luftfartsverket, the airline company SAS and the construction company ABB. According to the charges, ABB was induced to pay for “private purchases” between 2001 and 2003, for at least 240,000 crowns.

“It was hard to prove all of the statements, but now many of the suspicions have been investigated,” said Ewa Nyhult, who is the chief prosecutor at the Office of the Prosecutor-General.

And to cap it all, Arlanda started the week with an emergency landing. A Skyways Fokker 50, carrying 48 passengers and 3 crew members landed with a cracked window at 7.30 on Monday morning. The airplane came from Kristianstad, south of Sweden.

“We still don’t know why the window cracked. No collision or accident has been reported” said Jan Palmér, president of Skyways, to TT.

“It would have been harder to land if the window had broken. It was the correct decision,” he added. 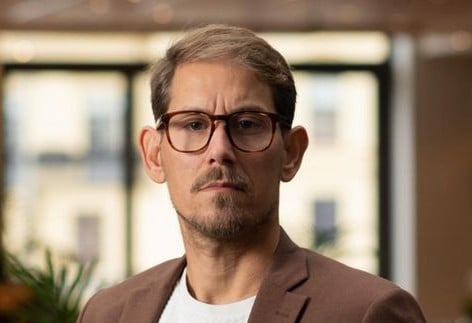