Another former student on Stockholm University’s MBA programme has criticised the university, saying that they “hid the truth” about the status of the course.

In speaking to The Local the man, who is now back home in China, asked only to be referred to as ‘C’. He was on the course at the same time as American Tom Smith, who announced last week that he intends to sue the university.

C says that he found out about the programme, which was described as an ‘executive MBA’, from a well-known Chinese newspaper. He paid 170,000 crowns in fees and 7,000 crowns a month in living costs to join the programme in January 2003.

“I believed this to be an internationally recognised MBA,” he says.

However, as reported in The Local last week, students soon became aware that Masters degrees are not awarded in Sweden. At the time, students completing the course were given “an IEMBA diploma with 40 academic points”.

C says that when he complained staff at the School of Business “avoided replying directly to his concerns”.

The course now leads to the closest Swedish equivalent to a Masters, a ‘magister’. But the university was strongly criticised in June 2004 by the National Agency for Higher Education “for the way in which it gave out incorrect information about the course”.

That was no consolation to C, who was already back in China and unable to pursue his complaint.

“I got neither my money back nor an officially recognised MBA,” he says.

In November 2003 an article in Dagens Nyheter alleged that, contrary to Swedish law, a number of Chinese students had paid for the course personally. Carl Norrbom, the deputy dean of the School of Business, denied that last week.

“After the DN article we – and an auditor – checked the invoices,” he said. “All were companies.”

However, C told The Local that while his fees were paid for by a company, the company was his and the money came from him.

“The university did not ask whether I was paying the fees out of private money,” he says, supporting the criticism made by the National Agency for Higher Education of the university for “in many cases not having checked who the client is”.

Stockholm University says it will fight the case being brought by Tom Smith “as a matter of principle” but C says he feels short-changed by the programme.

“It’s like buying a car from Volvo at a Volvo price but with nothing but the Volvo logo,” he said. 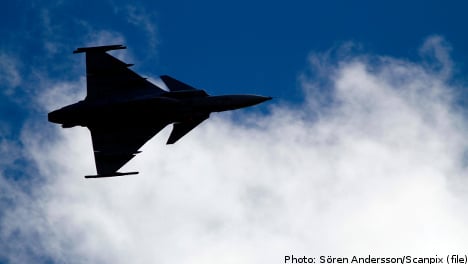 BRAZIL
Saab made to wait as Brazil delays fighter deal