But Steen will get off lightly compared to the head of the state mining company LKAB, Martin Ivert, whose pension the government insists must be renegotiated.

Under Anitra Steen’s contract she may retire at the age of 60 and will then be entitled to 70% of her 2001 salary of almost 1.7 million kronor for the rest of her life. On top of that she will receive a premium-based pension and the standard Systembolaget employee pension.

“When the agreement was made there were no guidelines,” said Annika Nilsson, the state secretary for Minister for Public Health Morgan Johansson, told the paper. She added that it is “not simple to renegotiate an existing contract”.

But only last week the government demanded that Martin Ivert’s pension be renegotiated, despite the fact that it too was settled before the new regulations came into force.

Steen will earn more from her agreement than Ivert would have done, and both settlements are far higher than the government’s new rules allow.

Ivert’s current pension arrangement allows him to retire at 60 with 50% of his salary for the rest of his life.

“I have been in touch with LKAB’s chairman and we are in agreement about that,” Söder told TT.

However, when it comes to Anitra Steen – wife of Prime Minister Göran Persson – the government appears to be unwilling to insist that the board of Systembolaget renegotiate her pension agreement.

“We support them if they want to begin renegotiations,” said Annika Nilsson.

The government’s guidelines were introduced in 2003. Martin Ivert became managing director of LKAB in 2001, while Anitra Steen was made Systembolaget boss in 1999.

“You’ve got to wonder what kind of banana republic we’re living in,” said Sven-Otto Littorin, the Moderate Party’s secretary.

“The prime minister’s wife is clearly subject to other rules than other state-sector managing directors. It’s very peculiar,” added Littorin.

“If we have established rules, the agreement should be renegotiated, just as they are going to do with LKAB’s managing director. Alternatively you have the principle that those agreements made before the new rules came into force should be honoured. But you can’t have different rules for different people.”

“When Marita Ulvskog, my dear colleague in the Social Democrats, is out complaining about morality and high wages, there is example after example of the state behaving in the same way in companies that it owns. There is no difference,” argued Littorin.

Systembolagets chairman Olof Johansson told TT that he is prepared to renegotiate Anitra Steen’s pension if the state asks him to. But he said that he would want that to be part of a wider discussion taking in all relevant companies. He also underlined that it is a very complicated issue.

“You can end up in a situation in which the person you want to retain does not want to stay.”

“To demand that a person negotiates downwards conditions that were agreed earlier is like asking for reduced wages in negotiations with unions.”

Johansson pointed out that Systembolaget’s board had already renegotiated Steen’s pension conditions in 2003, before the state’s new guidelines were introduced. 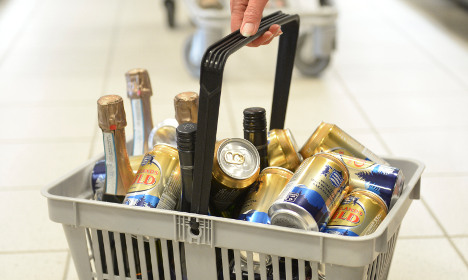 BUDGET
Why booze could get even pricier in Sweden 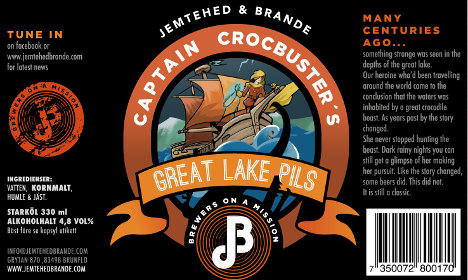 ALCOHOL
Guess why this Swedish beer label got banned?
Url copied to clipboard!