It has now been pointed out that the salary and pension scheme of Anitra Steen, head of state-owned Systembolaget and prime ministerial wife, is more generous than that of mining company LKAB’s boss Martin Ivert.

Ivert’s pension is indeed generous – he gets 50 percent of his final salary. But Steen’s is better – she gets to take home at least 60 percent of her (generous) final salary, presumably enough to cover the heating bills at the prime ministerial mansion in Sörmland.

But why did Ulvskog pick on Ivert, when her boss’s wife’s pension is far more generous and much harder to justify?

Steen leads a company that has no competition, is not allowed to make a profit, and whose largest supplier is fellow state-owned Vin&Sprit.

Ivert leads a company that, while state-owned, has to compete on the international market, generate a profit (to line state coffers) and manage operations in some fifteen countries worldwide.

LKAB had to attract an executive from industry who would maintain the company’s market position. In Ivert, they attracted the former president of Ovako, a leading international steel manufacturer, who they believed had the expertise to take the company forward. This required a generous pay and pension package.

Steen, on the other hand, is a life-long Social Democrat functionary. There was no need to attract her from a lucrative job in industry, because she had spent her entire career in the state sector, most recently as head of the tax office.

It has to be suspected that the reason the government picked on Ivert and went out of its way to avoid picking on Steen was because she has impeccable contacts at the head of the Social Democratic hierarchy, whereas he is an outsider.

Revelations about the gross disparity between the treatment of Steen and Ivert are timely. The opposition called on Wednesday for the Social Democrats’ to stop using public appointments as sinecures for their cronies. The Steen affair proves their point amply. 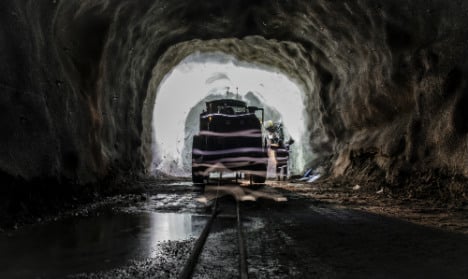 According to a data compiled by the TT news agency, Sweden’s 27 fully or partially state-owned companies are on track to break the combined profit record set in 2006.

Nevertheless, certain companies continue to struggle in the wake of the financial crisis.

Scandinavian airline SAS, for example, continues to lose money even after being forced to ask the state and other shareholders for major capital injections twice last year.

But as a group, Sweden’s state-owned companies have perhaps never been better.

After a modest increase at the start of the year, profits shot up during the second quarter, according to TT’s compilation.

The companies’ combined profits before tax increased by 76 percent to nearly 20 billion kronor ($2.75 billion) in the second quarter of 2010.

The majority of the profit rise stems from the Norrland region of northern Sweden, home of the LKAB mining company, which saw profits increase by 5.7 billion kronor in the second quarter.

Even energy company Vattenfall, another state-owned cash cow with strong ties to Norrland, performed exceptionally well in the second quarter, with profits up by 3.4 billion.

The companies’ strong profits will likely result in higher dividends paid to the Swedish state – or to higher sale prices, should any state-owned companies or ownership stakes be sold. 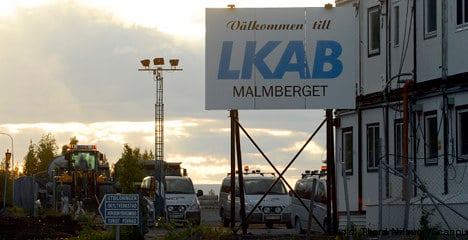 ACCIDENT
Two die in lift crash at Swedish mine
Url copied to clipboard!