Who are they and why are they famous?

Stureplan brats are the pampered spawn of Stockholm’s fabulously rich. They are to be found frequenting the cafés, restaurants and nightclubs of the well-to-do city centre district of the same name. Many hate them, others aspire to be them, but nobody can ignore them.

Because theirs is a culture that simply demands your attention. Armed with daddy’s credit card they have the power to flaunt their general fabulousness, which they consider an opportunity too good to miss. Ignoring them is also rendered nigh on impossible by their sheer visual impact.

Why, are they hideous?

No, they’re fabulous. I already told you that. There has even been a book explaining how beautiful and powerful they are. The male of the species for example is instantly recognisable by his trademark ‘backslick’ hairstyle and perfectly pressed pink shirt, preferably Lyle & Scott.

Who are Lyle and Scott?

They are Scottish clothing designers who specialise in golfwear. Which is just perfect, since there is nothing the Stureplan glitterati enjoy more than bisecting fairways on the world’s top courses while the plebs toil back in dear old mother Sweden.

Do they travel a lot then?

Of course they do. One annual jaunt for the Stureplan set is the Swedish Open tennis tournament in Båstad. Before descending on the sleepy town they like to spend a quiet week in the solarium to top up the permatan. They then pack their hair gel, chiffon scarves and revealing tops with plunging necklines into their Beamers and sporty Saabs and hit the road. And that’s just the boys.

What do they do when they get there?

They wreak havoc, as they do every weekend. But in sleepy Båstad it is far more noticeable.

How so? Do they overdose on strawberries and cream?

No. After a day’s sun-drenched tennis they make their way to Pepe’s Bodega or Madison’s, buy the most expensive bottles of champagne, climb onto the tables and start spraying each other with the stuff.

The wasteful twerps! Sounds like a bit of a laugh though.

Yeah, and the club owners are laughing all the way to the bank. Or at least they were until the council decided to ban it.

Essentially, yes. The practice of spraying champagne at other fabulous people will no longer be tolerated by the town bureaucrats.

Sounds like class envy to me. What will they do instead?

Go back to Spy Bar, put on their best Gucci and Nougat gear and pull the trigger on the Dom Perignon.

Is it not illegal at this Spy Bar too?

Probably, but Stureplan is like an enclave where anything goes, with streams of bubbly making up its territorial waters.

What about good old-fashioned beer?

Do not, under any circumstances, mention the ‘b’ word around Stureplan. It is considered very common and, more to the point, very Söder, or ‘south island’, to resort to swilling beer when there is champers to be had.

What is this ‘south island’ of which you speak?

Any Stureplan snob worth his or her salt would not be caught dead on the south island of the city, not least for fear of contracting chlamydia or being knifed.

Are these legitimate fears?

Yes and no. In that order. But the worst of it is that the commoners from the south island have begun to cross the divide.

Indeed it could. There is already talk of bad blood between the media-savvy south island ‘cred clique’ and the staunch Stureplan set, with its nobility, traditionalism and general disdain for all things downmarket. And Spy Bar, the mecca of all things Stureplan, is shaping up to be the battlefield.

Because, incredibly, a new owner has come in and replaced the exclusive with the trendy, conservative gentlemen with frontline fashionistas, partying princesses with electronica enthusiasts. And it is going to get ugly.

What do the Stureplan brats have against these people anyway?

The south islanders are notoriously unglamorous. They are unashamedly modern rather than reassuringly traditional, wear sneakers rather than sensible Italian leather footwear, namedrop hip DJs rather than business execs and noblemen, sport angular fringes, buy their clothes second hand or in sales, espouse vegetarianism and socialism, hail from dreary suburbs or backwaters like Gothenburg, are afflicted with inappropriate names like Andersson or Karlsson, quaff beer…

Yeah, you mentioned the beer. Who really cares about all this though?

Well, the Stureplan Ombudsman for one, a man dedicated to preserving standards cultivated over generations. He is conservative, glamorous, of noble origin, and he is about to die.

Why? Has his conservatism got the better of him?

No, the south islanders are driving him to suicide. But before falling on his own sword he is determined to outline (in Swedish) all that is wrong with the influx of riff raff from outside the Stureplan playground.

Oh, the poor snob! Is there any way to make him remove the barrel from his mouth?

Well, a council decree barring entry rights to anybody not belonging to the nobility or the upper classes would be a welcome start. But the ombudsman knows that this is a vain hope and soon the Stureplan brats will be left with one less voice to proclaim their once undisputed supremacy. 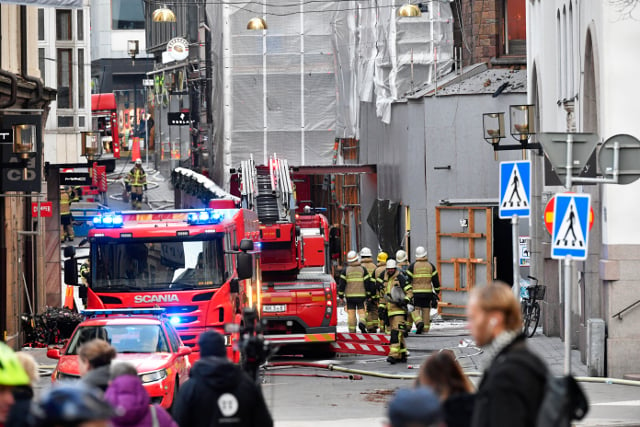 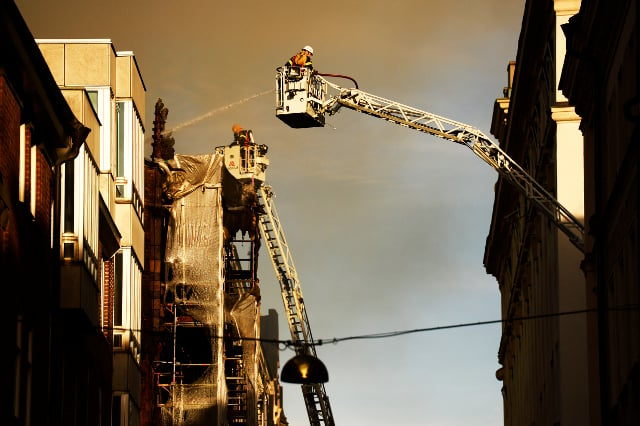 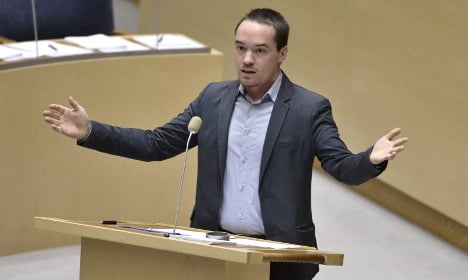