Of those questioned by polling firm Sifo, 44 percent said that they were opposed to the sell-off.

On Friday the Swedish government presented a bill to parliament naming the six companies, but not indicating whether it would sell all of its interests or a smaller stake. The sales are expected to generate 150 billion kronor (21.24 billion dollars) for the Swedish state over the next three years.

But in the Sifo survey, which was published on Saturday in Göteborgs-Posten, there was only support for the privatisation among 33 percent of the 1,000 people interviewed. Some 24 percent said they did not know whether the plans were good or bad.

Unsurprisingly, the greatest support for the government’s plans – around 60 percent – was to be found among Liberals and Moderate Party voters. Supporters of the Centre Party and the Christian Democrats were less sure, with 38 percent and 40 percent support respectively.

A full 67 percent of supporters of the Social Democrats , Left Party and Green Party said they were opposed to the plans.

Older people were less in favour of privatisation than young people, with 52 percent of those in the 50-64 age group declaring opposition.

The companies in which the state will divest all or some of its interests are telecoms operator TeliaSonera, banking group Nordea, the OMX stock exchange, wine and spirits manufacturer and owner of the Absolut brand, Vin & Sprit, real estate company Vasakronan and the mortgage lender SBAB.

THE
Liberalisation fastest in Sweden: report 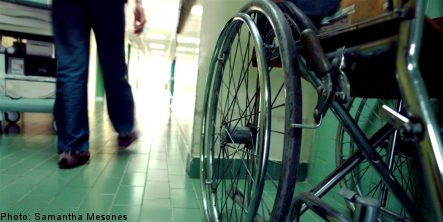