Bodström, a member of the Social Democratic government that allowed Alzery’s controversial deportation to Egypt at the hands of CIA agents, said the new government was “playing to the gallery.”

“This man has not got a hope of being allowed to stay in Sweden, as the government is not overturning the grounds for the decision, namely that [Alzery and fellow deportee Ahmed Agiza] are suspected of committing acts of terrorism,” Bodström said in an interview with SVT on Monday.

Bodström said the government was “washing their hands of responsibility and pretending that these men have a real chance. They are not going to be allowed to stay in Sweden.”

The Alliance government’s decision to invalidate the deportation order was praised by the Green and Left parties, which had been coalition partners of the former Social Democratic government.

Alzery and Agiza were deported from Bromma Airport in Stockholm by masked US agents, who forced the men to wear hoods. The decision to deport the men has been heavily criticized. 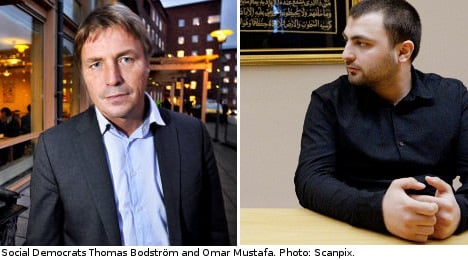