The chemical industry is expected to increase investments by 50 percent. Investments in the auto industry are also predicted to reach record levels, according to the report. 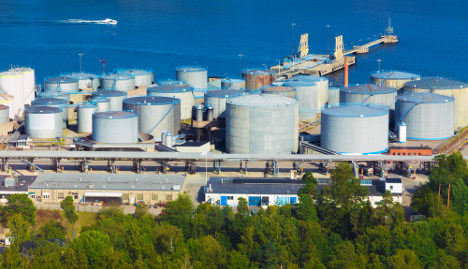 JOBS
One in four Swedes work at growing companies 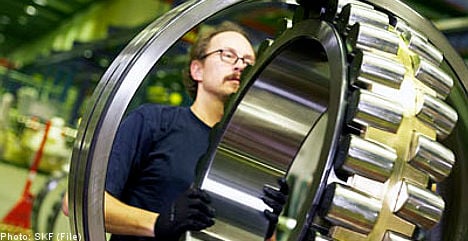 “This will impact some 2,500 people primarily through early retirement and other voluntary and agreed reductions,” SKF said in a statement.

The company’s profits were down by a fifth last year.

SKF, which also makes sealants, is an important supplier to many parts of the industrial processing chain and is therefore regarded as a leading indicator of activity in manufacturing and machine tooling.

It has reported a drop in net profits for four quarters in a row. In the third quarter of 2012, it registered a net profit of 1.23 billion kronor, down 23 percent from a year earlier.

“We had a bad December, especially in the automobile market in Europe but also in North America and Asia,” company spokeswoman Ingalill Östman told the business daily Dagens Industri.

“We expect it to continue at this lower level at the beginning of this year,” chief executive Tom Johnstone said, adding that inventories were lowered by more than 600 million kronor.

Johnstone said SKF would report restructuring costs of 200 million kronor in the fourth quarter, as the first step of the programme and 100 million kronor for impairments and write-down of assets.

The annual savings from the first step would be 150 million kronor, and affect some 550 people primarily in Italy, Sweden, Ukraine and the United States.

The fourth quarter report is due to be published on January 30th.