Swedish police confiscated 1,243 guns last year, compared to 971 four years earlier. Most of the guns taken were pistols, revolvers or rifles, according to Sveriges Radio.

Police say that tens of thousands of illegal weapons are now in circulation in Sweden, although coming to a precise figure is hard.

Many of the guns are of Russian design, such as Marakovs or Tokarevs. These brands continued to be produced in the former Yugoslavia both before and during the war there, according to Thord Modin, head of the Swedish Police’s intelligence section.

“Smuggling of guns from unstable areas, particularly the Balkans, is not something that we can see becoming less common in the near future. There are lots of guns, gun production is still going on and there are lots of people in Sweden who have contact with the Balkans,” Modin told Sveriges Radio. 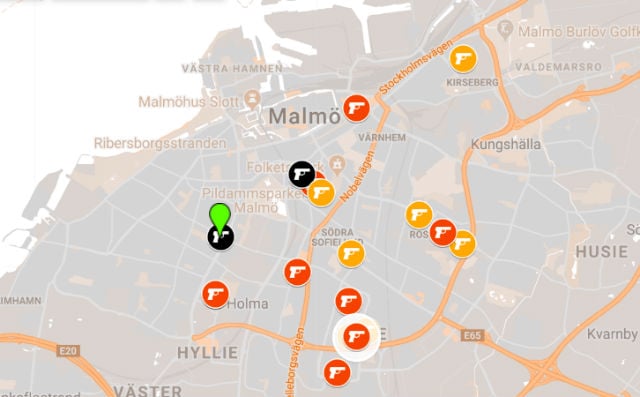