The properties have been taken over by Svenska Bio, a company half-owned by SF. The move gives SF near-total dominance of the Swedish movie market.

Astoria Cinemas filed for bankruptcy in early July, and administrators have since then been seeking purchasers for the company’s sites.

A move two years ago by SF to buy Sandrews, as Astoria used to be known, was blocked by the Swedish Competition Authority (Konkurrensverket) on the basis that the combined company would be too dominant.

The company’s administrator Urban Hjelm told Svenska Dagbladet that he had not contacted the competition authority regarding the purchases.

“My job is to sell for the best price,” he said. 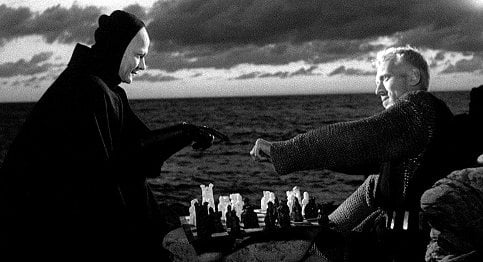 How much do you REALLY like Bergman films? Photo: Screendump from The Seventh Seal

What is it about The Seventh Seal? The Bergman classic from 1957, which sees a young Max von Sydow challenging Death to a game of chess, is an award-winning film with an average score of 94 percent on Rotten Tomatoes. And, according to a poll from YouGov commissioned by movie rental site SF Anytime, it's in the top two films that Swedes lie about enjoying.

Number one, incidentally, is The Godfather.

Over 1,000 Swedes were surveyed in the poll, and 11 percent of respondents admitted that they have at some point lied about which movie topped their personal charts.

The phenomenon is even more common among peer pressure-conscious young adults, with 22 percent of respondents aged 18-24 lying. The older the Swedes get, the less likely they are to lie about favourite films, it would seem.

But why? The survey showed that 41 percent of the liars said the circumstances called for it. It felt, they said, that they "should" hold certain films in highest regard. Others said they had someone to impress, that they wanted to appear more intellectual, or at they simply were ashamed of their favourite films.

In contrast, 15 percent worried about being called "culture snobs" and tried to make their film tastes appear less elite.

"It's an interesting phenomenon," marketing manager Marta Jarzabek Hulthén stated. "Favourites are not usually the films that are awarded at Cannes, or even those that are rented most often at SF Anytime. Watching a movie should be fun. If you like a film there shouldn't be anything to be ashamed of."

The top five films that Swedes lie about loving: