The party agreed that the decision of whether to conduct same-sex marriages should be up to the local parishes. The party conference also agreed that lesbian couples should be entitled to artificial insemination treatment at state hospitals and that homosexuals can adopt children.

Six of parliament’s seven parties have now given their backing to gay marriage . Only the Christian Democrats are opposed and they have vowed to continue arguing against it.

A parliamentary inquiry’s proposal to introduce a gender-neutral marriage contract is currently under consideration with a response expected by the middle of January.

There is broad support in parliament for a change in legislation. But the Christian Democrats and their leader Göran Hägglund say they will do their best to block the proposal.

Hägglund reckons the issue could be explosively divisive of the ruling four-party Alliance.

“My position is that I have been tasked by the party to argue that marriage is for men and women. When we discuss it between parties we are naturally open and sensitive to each other’s arguments and we’ll see if we can find a line that allows us to come together,” said Hägglund on Swedish Radio’s Saturday interview.

If the four Alliance parties cannot manage to come to an agreement, Hägglund said it would be “incredibly unfortunate” if the three backers joined up with the three opposition parties on the matter. 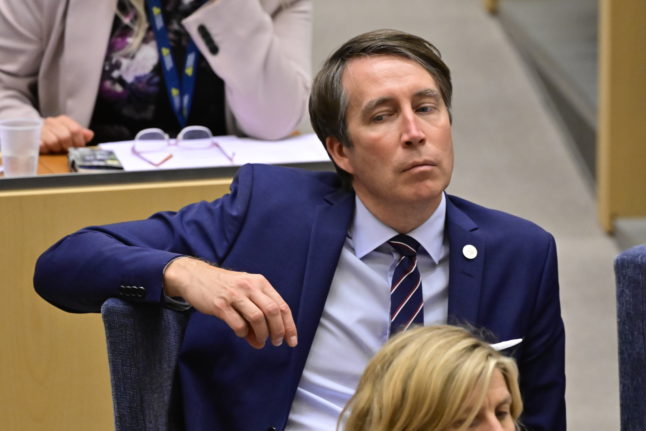