The Swedish ambassador in Islamabad, Anna Karin Eneström, was in Dubai as Pakistan is locked in constitutional crisis.

“Both she and I have tried to get hold of the deputies at the embassy but we have not succeeded. I don’t know if the telephone lines are working properly,” said Sofia Karlberg at the Ministry of Foreign Affairs.

“We have not been able to establish contact with the embassy there. It’s clearly a serious situation,” said Bildt.

“There’s not necessarily any immediate danger for Swedes, but there is a risk that confrontations and conflicts in the country will escalate. It is therefore worth emphasising clearly the recommendation not to travel to Pakistan.”

Carl Bildt said that the developments in Pakistan – where President Musharraf, who seized power in a coup eight years ago, declared the state of emergency as the supreme court decides whether to overturn his recent election win – were not expected.

“It was clear that it was an increasingly critical situation in parts Pakistan as well as in general political life, but for the military or the president to take these steps was not anticipated,” said Bildt.

The Swedish foreign minister said that sending the army onto the streets was not the solution to Pakistan’s problem.

“This means that the democratic endeavours have been put on hold,” he said.

Sweden’s immediate response was to focus on its consular activities, ensuring that all Swedes in Pakistan are contacted. There are around 200 Swedes in the country. According to the Ministry for Foreign Affairs they are spread out across the country.

However, Bildt said it was too early to say that Swedes should leave Pakistan.

“They must make their own assessment of the situation. It’s possible that right now they’re sitting on more information than I have. Tomorrow I hope to have a better picture of the situation,” said Bildt.

For several years the foreign ministry has advised Swedes not to make “unnecessary journeys” to Pakistan. 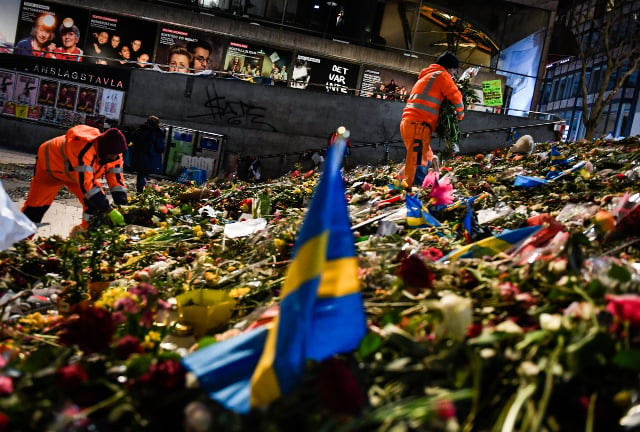