“Doris Lessing has been ill for some time but had very much hoped to be able to come to Stockholm. Unfortunately her medical advisors have said that she must not travel,” the foundation said in a statement. It did not provide details on her illness.

The Nobel medal and diploma, along with the prize money of 10 million kronor ($1.6 million), will be presented to Lessing in London, it added.

Lessing, who turned 88 on October 22nd, is only the 11th woman to have won the prize since it was first awarded in 1901.

The Swedish Academy described the author of “The Golden Notebook” as “that epicist of the female experience who with scepticism, fire and visionary power has subjected a divided civilisation to scrutiny.”

Her epic novels over five decades have covered feminism and politics, as well her youth in Africa.

The Nobel literature laureate traditionally presents a lecture at the Swedish Academy in Stockholm in the days prior to the award ceremony held each year on December 10th.

Lessing’s pre-recorded Nobel lecture will be presented on a big screen at the Swedish Academy on December 7th. 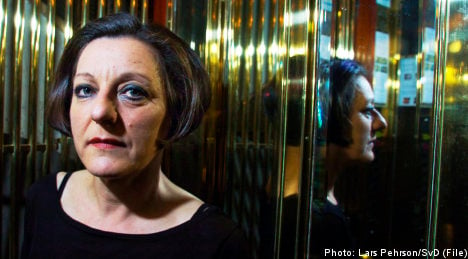