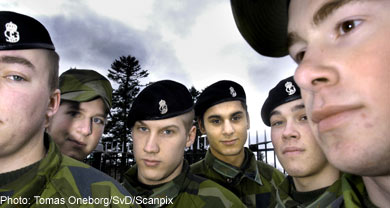 The government on Thursday announced the creation of a parliamentary committee to decide on how conscription can be abolished.

The committee will complete its work by February 2009, with the changes in the law due to take effect in 2010.

“The current system must be replaced by recruitment based on the voluntary principle,” said Defence Minister Sten Tolgfors in a statement on Thursday.