“There is a clear link to the parental leave and it’s a sign of the growing equality between fathers and mothers,” study leader Karin Lundström told AFP, noting that fathers were increasingly taking advantage of paternity leave.

“They’re more inclined to care for their children and to be more involved in their education when they separate” from the mother, she added.

In Sweden, parents are entitled to 360 days of paid parental leave between them. Each parent must take at least two months, while the rest can be divided up between them as they like.

The statistics also showed that boys (19 percent) were more likely than girls (15 percent) to live with their fathers.

Karin Lundström suggested that higher unemployment levels in the north played a role in fathers caring for their children.

Meanwhile, southern Sweden is home to more immigrants than the rest of the country, and immigrant cultures and religions vary from the Swedish traditions.

“There is less of a tradition of (gender) equality and this tradition of fathers taking care of children,” she said. 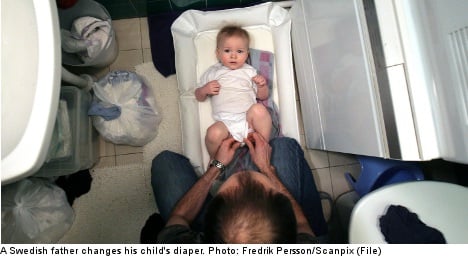 NIGHTLIFE
‘Why I fled the Stockholm toddler ghetto for Berlin’
Url copied to clipboard!