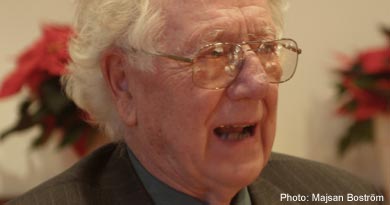 Smithies was born in 1925 in England, and grew up near the Yorkshire Moors. He was a student at Oxford University during World War II, where he met his tutor and advisor, Sandy Ogsden. Smithies is now an American citizen and an excellence professor at the University of North Carolina at Chapel Hill. The discovery for which he and the others won the Nobel is almost 20 years old.

At a press conference in Stockholm on Thursday, Smithies was asked whether winning the Nobel Prize would change anything. ” I hope not very much. I am happy with my life and with my science the way it is now,” was his reply.

I hear that you carry a written passage of some sort in your wallet from you mentor Dr. Sandy Ogsden. What is that?

It’s such a good message to scientists. It sums up the whole idea of science in just a few sentences. I use it often. I used it in my [Nobel] lecture, for example.

“For science is more than the search for truth, more than a challenging game, more than a profession. It is a life that a diversity of people lead together in the closest proximity, a school for social living. We are members one of another.”

You made it pretty clear in a press conference what you think is posing the biggest threat to human kind. What is that?

The y-chromosome. Some boys are more aggressive. We associate war and violence with that. I believe we need to teach our boys not to solve their problems by fighting.

What do you think about the reluctance in America to support embryonic stem cell research?

I wish people would look at it as it is saving lives, or prolonging lives. I wish there would be more focus on its preserving of life, not destroying life.

Did the fact that you are a twin help point your research in the direction of genetics?

No. It is a marvelous experience being a twin – we were fraternal twins – but that had no influence on my scientific career. But family did. I had a colourblind father and I was colourblind – but you get that through your mother and that puzzled me for a long time, before I learned that there was colorblindness also on my mother’s side of the family.

What do you know about Alfred Nobel?

A: He developed a safer use of nitroglycerin – dynamite. Dynamite is not a destructive weapon – I think it was a useful and peaceful invention. A lot of good things are impossible without dynamite. 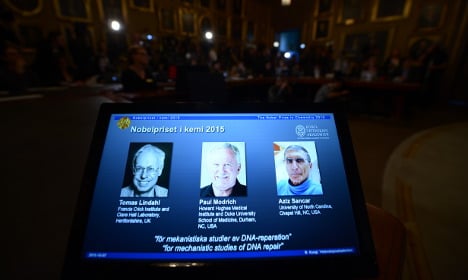 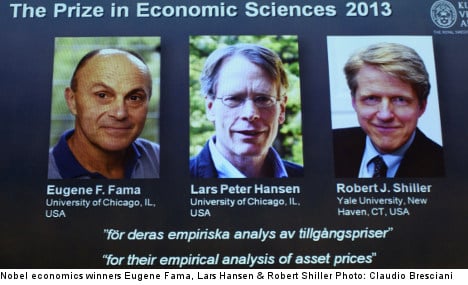