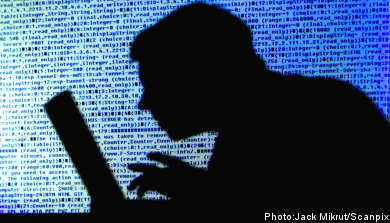 According to the political newspaper Riksdagen & Departement, the government is exploring a lower threshold for releasing IP-address information for use in criminal investigations.

Every time someone accesses the internet, that person is assigned a corresponding IP-address. IP-addresses are assigned and stored by internet service providers and can be used to trace a specific user’s activities on the internet, including specific websites and dates visited. Such information is considered personal and sensitive and therefore afforded certain protections.

However, the exact level of protection is unclear.

The National Post and Telecom Agency (PTS) stated in 2001 that IP-addresses were equivalent to subscription information and therefore could be accessed by police in cases when the crime under investigation was punishable with jail time.

But as internet use has become all the more prevalent in everyday life, PTS has adjusted is position, calling for added protection. According to PTS “it appears appropriate” that IP-addresses today be released to police only in cases when the suspected crime would result in at least two years in prison.

However, as an increasing amount of criminal activity involves the use of the internet, police have been pressuring the government to look into easing police access to IP-address information. The government has responded in a brief calling on investigators to draw up a list of rules that would allow police to get IP-address information when investigating crimes punishable only by fines.

The government is also looking into whether or not IP-address information should be given to police during the initial phases of an investigation before a specific suspect has been named.