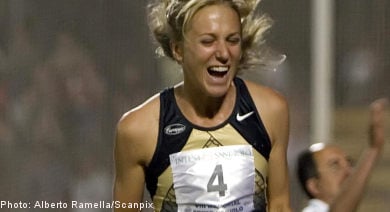 Bergqvist, 31, said she had found it hard “to feel the right spark” during the 2007 season, and had therefore taken a break after the summer’s final competition. But the break had not helped her regain her motivation.

In comments released on the Swedish Athletic Association’s website, Bergqvist underlined that she was not injured or ill, saying that her retirement was purely down to the fact that she lacked the will to continue.

“If you’ve done something for a very long time at a high level, you eventually get to a point when you feel like you’ve had enough. And that’s where I am now,” she said.