The men, one in his mid 20s and the other his early 30s, left the Lao capital for South Korea on December 25th, Radio Free Asia, a US-funded nonprofit broadcaster, said in a Korean dispatch.

Radio Free Asia, quoting a diplomatic source in Bangkok, said the embassy had decided to quickly send them to South Korea according to their wishes since the Swedish mission in Laos is due to close by mid August.

The Swedish embassy had been in talks with Lao authorities and the South Korean embassy on how to handle the case, Radio Free Asia added.

The South’s National Intelligence Service in Seoul was not immediately available for comment.

Tens of thousands of North Koreans escape to China and often move on to Mongolia or Southeast Asia to seek safe passage to South Korea or another third country.

Beijing returns any refugees it catches, saying they are economic migrants.

Laos is sometimes used as a transit country, with refugees travelling through the Golden Triangle region and then crossing the Mekong into Thailand. 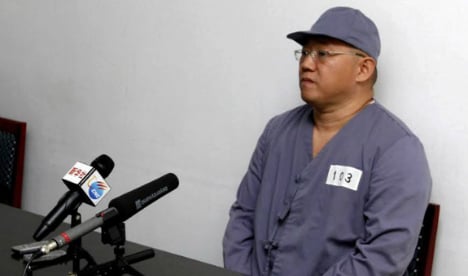