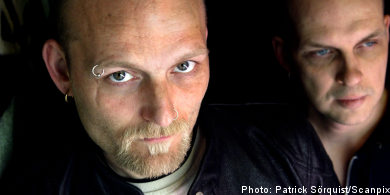 Nordman, an ethnopop duo and regular in the Melodifestivalen competition, plans the witch-burning as part of its set in the Karlskrona heats on March 1st. In the act, a woman will play a witch being forced onto a fire and burned alive.

“This is an insult to women,” said Elisabeth Åström, chairman of Kvinnojouren in Blekinge, a local organization running women’s shelters. Åström’s counterpart in the northern Swedish town of Kiruna has previously also slammed Nordman’s plans.

Band member Mats Wester says he doesn’t understand the criticism. He said the show would be beautiful and dramatic.

“Let us perform it, so people can choose for themselves. Otherwise you might say that we ourselves have been the victims of a witch-hunt – we will have been judged before the event,” he said.

Their song, ‘I lågornas sken’ (‘In the Firelight’), was written by Lina Eriksson, who was inspired by a Swedish television series about witch-hunts in 17th century Sweden.

“It was an interesting thing that happened – that it was able to happen. It was caused by fear and there still exist fears that make us do stupid things. I think that this is worth thinking about,” said Wester.

But for Elisabeth Åström even a symbolic witch-burning is unsuitable for Melodifestivalen. She argues that with many children watching it, the plans should be ditched.