An explosive device was thrown under a car in a residential area of the town resulting in a powerful explosion. No one was hurt in the attack.

Police received a call at 10.30pm on Friday evening.

Police suspect that the device was a hand grenade and confirm that several bullet holes were found at the scene indicating that shots were also fired. Two men are reportedly wanted by Helsingborg police in connection with the attack.

Several windows in the vicinity were blown out. A neighbour who witnessed the attack confirmed police conclusions and described the scene:

“I heard angry voices, looked out and saw my neighbour talking to two men. The atmosphere was aggressive. The men walked towards the street, turned suddenly and began shooting at my neighbour, they then threw something resembling a hand grenade under the car.”

Police cordoned off the area and bomb technicians were called in to inspect the area. Police technicians continued their inspection into the early hours of Saturday morning. 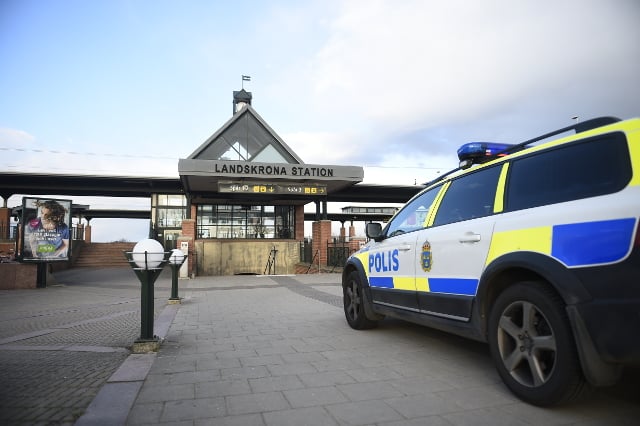