A flood of Iraqi refugees to Södertälje is straining the infrastructure in this small Swedish town to bursting point, but integration of the newcomers remains a top priority.

Since the US-led invasion of Iraq in 2003, more than 5,000 Iraqis have made their home in this small industrial town, which is located south of Stockholm and counts just 82,000 inhabitants, according to city council numbers.

“I understand that people want to flee Iraq. There’s nothing surprising about that, and Sweden has a generous policy of welcoming refugees,” town mayor Anders Lago told AFP.

But the influx “far surpasses our reception capacity,” added the mayor, who in recent months has sounded the alarm about the growing strain on the town.

With 18,599 applications, Sweden was the European country that received most Iraqi asylum requests last year, and the Scandinavian country, which counts just nine million inhabitants, gave the thumbs up to 72 percent of all applications handled in 2007, the Swedish Migration Board said.

Each week, some 30 new Iraqi immigrants arrive in Södertälje, according to Lago, making it, on a per capita basis, the Swedish municipality to take in most nationals from the war-ridden country.

With no sign the influx will peter out any time soon, town officials are complaining the municipality no longer has housing readily available.

Newly-arrived refugees are often forced to move in with Iraqis who have already settled in.

As many as 15 people are often compelled to squeeze into small one-bedroom apartments in parts of the city that have been dubbed “Little Baghdad”.

Swedish law allows asylum seekers to settle in the town of their choice, and since the 1970s Södertälje has been especially popular with Christian immigrants from Lebanon, Syria, Turkey and Iraq.

“This is a well-known town. It gives a sense of security that others have already settled here, that others speak the same language. It has become a tradition, and that has had a snowball-like effect,” said Erika Berndt, who heads up Södertälje’s refugee integration programme.

All asylum seekers in the town with residence permits are offered language classes, briefings on the workings of Swedish society, internships and monthly benefits, all aimed at helping them quickly land a job in their new country.

To keep up with the continuously growing flow of new arrivals, the town has however been forced to whittle the duration of the programme down from 24 to 18 months, and increase the number of municipal employees working on the project from eight two years ago to 70 today, Berndt said.

About 40 percent of all Södertälje inhabitants are first- or second-generation immigrants, but Lago says it is proving especially difficult to integrate the latest wave of refugees.

It is difficult “to learn Swedish when you go to a school that is virtually only populated with children speaking in Arabic or children of foreign origin,” he explained.

For months now the mayor has been calling for a change of the law that allows refugees to decide themselves where they want to live, insisting that a more even spread of newcomers across the country, at least during the first year after their arrival, would simplify integration efforts.

Last December, Migration Minister Tobias Billström announced the government was looking at the possibility of requiring “asylum seekers to only settle in areas where there was housing, work or education possibilities.”

Lago meanwhile said the Iraqis arriving in his town in droves appeared to be intent on staying.

“My feeling is that they’re coming to stay and to build a new life here. They want to work and to be independent,” he said.

That is not necessarily a bad thing for the town. Lago acknowledged that some 40 percent of the refugees had had university-level education, and Berndt insisted the group was “an asset for the society.”

The refugees are “extremely motivated to integrate into society and learn the language,” she said.

But while most of the refugees may not prove to be a burden to Södertälje in the long run, Lago said he worried about a wave of people leaving the town because “they feel there are simply too many refugees here.”

As an indication of the discontent the refugee surge is causing among Södertälje’s “Swedish” population, the anti-immigrant extreme right doubled its number of seats from two to four in the 65-seat city council in 2006 local elections.

With no signs the refugee influx is about to slow down, Lago has begun appealing to Iraqis to settle in other towns as he impatiently awaits a law change that would force them to go elsewhere. 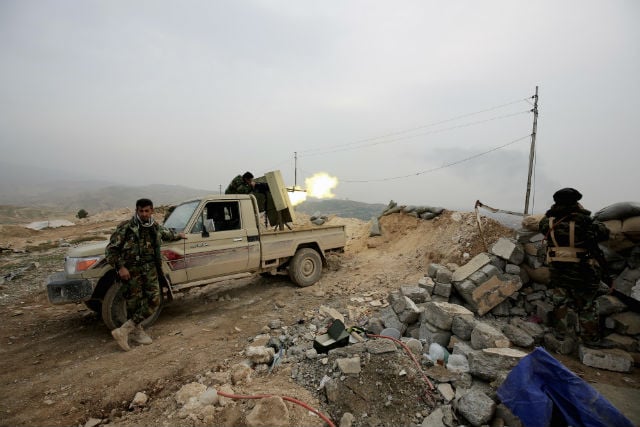 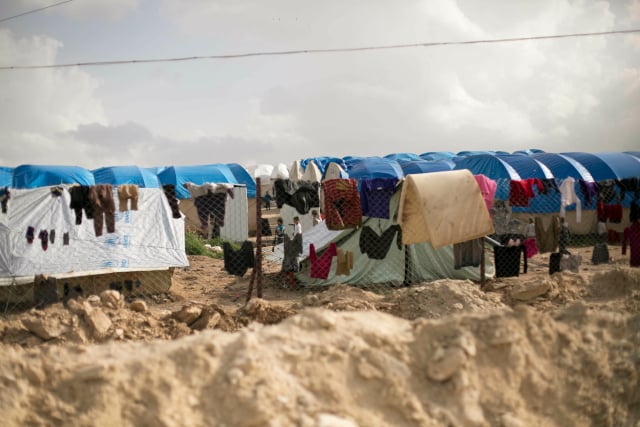