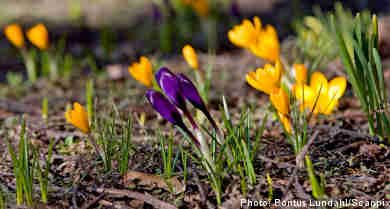 “It is spring, not everywhere, but in most areas of Götaland roughly up to Mälardalen,” said SMHI meteorologist Jonas Höglund to news agency TT.

For the past few years SMHI has applied a rule of thumb stating that if average temperatures exceed 0 degrees Celsius for seven consecutive days then spring is considered to have arrived. This criterion has now been met.

The 15th February is the earliest possible date for spring to begin.

January was the warmest month on record. February stands to be significantly milder than normal, in all areas of the country, according to SMHI.