In connection with a project about cats two weeks ago the teacher gave children the cat food to taste. It is not the first time the teacher has encouraged the children to taste feline feed, reports local newspaper Alingsås Tidning.

One of the children’s parents complained to the rector, Cecilia Knutsson, who decided to take action and warn the teacher.

“You have shown poor judgment in giving the children cat food,” wrote Knutsson in the teacher’s warning letter.

Knutsson described the teacher’s actions as “unethical and inappropriate.”

The teacher was given the chance to explain her actions and the pedagogic reasoning behind the tasting. She has apologized and promised that there will be no repeat.

Several parents expressed their support for the embattled teacher.

“We have the utmost confidence in her and her otherwise sound pedagogic work,” wrote the parents in a plea to the disciplinary board on the teacher’s behalf.

No child was forced to eat the cat food, and besides, the food poses no danger to humans, the cat-owning teacher wrote in her statement. 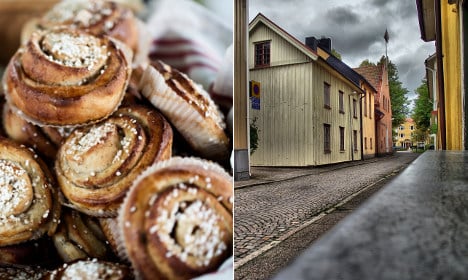 CAFE
Why is this Swedish town the world’s capital of fika?
CRIME
Man stabs wife to death and injures three
Url copied to clipboard!