Douglas Adams, author of The Hitchhiker’s Guide to the Galaxy once had a few things to say on the subject of resistance to this new internet thing:

“1) everything that’s already in the world when you’re born is just normal;

2) anything that gets invented between then and before you turn 35 is incredibly exciting and creative and, given opportunity, you can make a career out of it;

3) anything that gets invented after you’re 35 is against the natural order of things and the beginning of the end of civilization as we know it until it’s been around for about ten years when it gradually turns out to be alright really.”

I was struck by this insight last Monday when my former employer had a brutal awakening with regard to an employee’s web activities. A blog that I had been writing in my spare time, read by 20 or so of my friends, suddenly became public property following a strange act of journalism by Resumé, a Swedish weekly reporting on media and advertising.

Not wishing to deal with the threat of negative publicity, and not having any guidelines or examples of best practice to refer to, my employer chose to let me go.

Now that the deed is done, I am sure the company is working to establish principles for its employees’ behaviour on the web. I find it hard to imagine that the company’s executives could have been oblivious to the fact that their employees might have blogs. But I find it equally unlikely that they would understand the fact that blogs are part of something bigger — the online lives of citizens of the internet.

Though it is claimed that Vladimir Putin has never opened an email in his life, most others, whether over 35 or not, cannot afford that level of ignorance when it comes to the internet.

Most of society’s architects — important politicians, legislators and business executives — were well over 35 when the internet hit the mainstream. While not all of them might have seen the internet as the beginning of the end of civilization, their understanding of the dynamics of the web remains very limited.

But it is frightening that their comprehension is low, since they are the ones forced to make important decisions regarding the web in terms of legislation and usage restrictions.

As we have seen many times before, a failure to comprehend the dynamics of the web can have unforeseen consequences.

The Swedish interpretation of the European Union’s directive for data privacy, PUL, is one such example. When introduced in 1998, the law made it illegal to post the names of private citizens on the web. The law had bizarre consequences. In one case, a woman was criminalized for mentioning on the website of her local church that a colleague had injured her foot.

The legislators behind the law had no understanding whatsoever of the workings of the internet, not to mention the future development of the web. PUL in its original form would have rendered impossible the development of today’s internet with its social networks and blogs.

But it is not only legislators who are in need of a more fundamental comprehension of the internet. ‘Big business’ executives have also failed to grasp that their employees are not only citizens of the country that has issued their passports, but also of a parallel world called the internet.

The internet is a big dinner-party conversation with people cackling away on blogs, through Facebook wall postings, jaiku posts, twitters and much more. This conversation is not heard in the boardrooms of big business. When they think of the internet they picture a very different internet than we, the users, do.

Until big business starts to comprehend the parallel world that is the internet and what people actually do out there, the clashes between events in the online world and the opinions that are held in the offline world will continue.

Illegal downloading is an example of one such clash. Right from the start, the music industry has misunderstood the consumers. From a consumer point of view, downloading is the most practical way to consume media and legislation can by no means change that.

Instead it is the companies that will have to adapt and play on the consumer’s terms in order to curb the problem. But thus far the media industry has been thinking in offline terms rather than trying to understand how consumers live their lives online and how they wish to consume online.

Time to stop repeating our mistakes

Before guidelines are set up for what employees can and cannot do on the web, we need to develop a full understanding of the nature of internet behaviour. Otherwise the errors of Swedish legislators and the international media industry will only be repeated and employers and employees will continue to commit mistakes based on mutual misunderstandings.

For me it’s too late: I already lost my job. But big companies like my former employer cannot go around firing everyone who writes something that doesn’t suit them on their personal blog or on the Facebook wall of a friend, just like the Swedish authorities could not criminalize everyone who wrote the name of someone else on the web.

So for the sake of fewer head on collisions between the online and the offline worlds, I hope that the upper echelons of society will soon realize that when it comes to the Internet there is much that they don’t even understand that they don’t understand.

And we the employees need to be aware of the fact that our employers can now not only monitor our private life via the web but that they might also know more about us before hiring us than we’d wish our own mothers to know.

But there may be hope. The mainstream internet is just about ten years old, so if one is to trust the wisdom of Douglas Adams we will all very soon understand that there is nothing to be afraid of — online life is alright really. 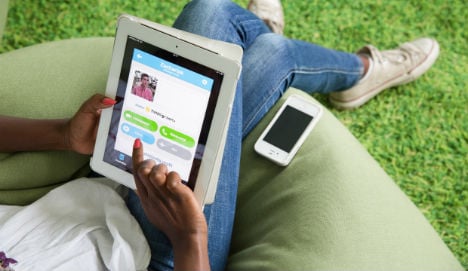 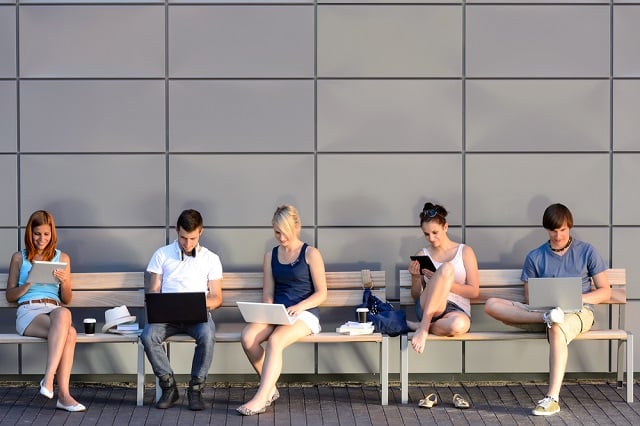 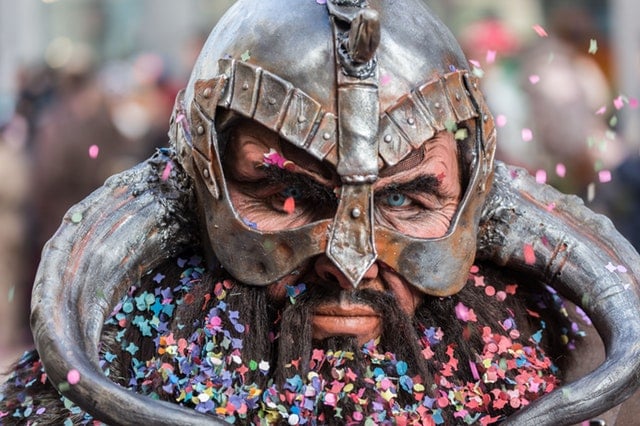