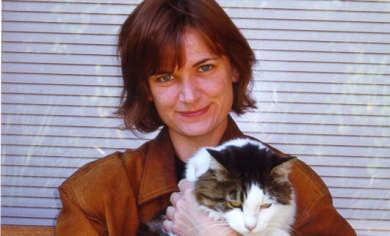 The prize will be awarded by Crown Princess Victoria at a ceremony at Skansen in Stockholm on May 28th. Awarded by the Swedish government for achievements in the field of literature for children and young people, the prize is worth 5 million kronor ($800,000).

Hartnett, born in Melbourne in 1968, has written 18 novels since making her publishing debut at the age of 15.

“Sonya Hartnett is one of the major forces for renewal in modern young adult fiction,” said the prize jury in a statement announcing the winner.

“With psychological depth and a concealed yet palpable anger, she depicts the circumstances of young people without avoiding the darker sides of life. She does so with linguistic virtuosity and a brilliant narrative technique; her works are a source of strength.”

Comparing Hartnett with Astrid Lindgren, the jury praised the Australian author for displaying empathy with children growing up in difficult circumstances.

“One of the ways in which she has renewed young adult fiction is by delving deep into the psyche of young people with difficult and traumatic experiences behind them. What her characters go through is often hard to endure. No reader can fail to be moved by what she describes,” the jury said.

Astrid Lindgren, best known for her books about the fiercely independent tomboy Pippi Longstocking. Sweden’s most famous author of children’s fiction, Lindgren died in 2002 at the age of 94.