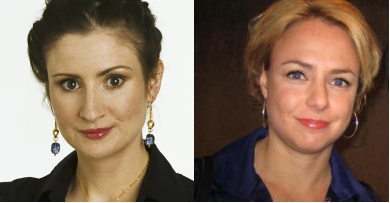 “With its focus on demand rather than supply, the Swedish law is unique. If New York, one of the world’s greatest cities, could be inspired by the Swedish legislation, it would be a severe blow to the modern slave trade,” write Birgitta Ohlsson and Jenny Sonesson in Thursday’s edition of the International Herald Tribune.

Sonesson explained that the invitation to write the piece came about in part because of the attention generated by the sensational downfall of ex-New York Governor Eliot Spitzer, who was forced to resign in the wake of a prostitution scandal.

“I got a call from a New York Times journalist who read a recent story in The Local in which I commented on Swedish laws criminalizing men who pay for sex,” said Sonesson.

In light of the Spitzer scandal, the reporter thought it would be interesting to have an opinion piece detailing Sweden’s novel approach to combating the sex trade.

The International Herald Tribune is owned by The New York Times Company.

Until 1999 it was legal both to sell and purchase sex in Sweden, although there were prohibitions against running a brothel, profiting from the sexual labour of others, or advertising for sexual services.

That year a new law was added to the books which made it a crime to pay for sex, and in so doing shifted the blame for prostitution away from the prostitutes and onto the customers.

While many support the law for attacking the problem of prostitution from the demand side, critics fear the law has merely pushed the sex trade further underground and ultimately puts women in greater danger.

But Sonesson and Ohlsson cite reports from Sweden’s National Criminal Investigation Department which conclude that the law inhibits the creation of cross-border prostitution rings and has made Sweden an unattractive destination for human traffickers.

Thus they see Swedish law as a model that others ought to emulate.

“Sweden and New York could work together toward creating civilized societies in which the human body is not a commodity. Consider zero tolerance for buying sex services in New York, David Paterson. Without demand there is no supply,” they write.