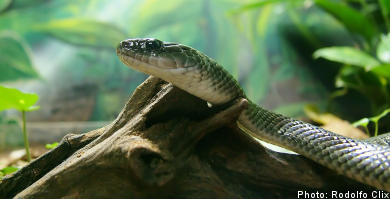 According to the court, nothing demonstrates that people feel mental discomfort from living near a neighbor with snakes, according to the legal news website Pointlex.

Gävle municipality had denied the man the right to house the snakes in his apartment because “it is generally accepted that many people in society are afraid of snakes.”

And the fear is also justified as it is not unlikely that the snakes could escape, the municipality contended.

In his defence, the snake-man said that an insufficiently grounded fear shouldn’t constitute a nuisance.

The environmental court found that the man had a great deal of knowledge about snakes and that he seemed able to handle them appropriately. He was aware of all applicable animal protection regulations, and the snakes’ living quarters were escape proof, assuming the outer door was closed.

An examination of the case also failed to provide support for the claim that Swedes in general feel discomfort from having a neighbor with snakes.

And even if the snakes make some feel a bit queasy, their concerns can’t be judged from a medical perspective to affect health and welfare in such a way that the snakes be considered a public nuisance according to Sweden’s environmental code.