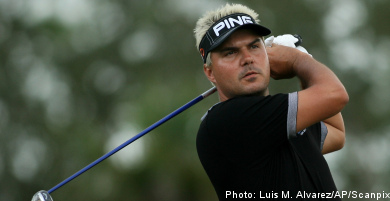 Chopra, who is of Indian-Swedish parentage, has won twice on the US PGA Tour, including the season-opening Mercedes Benz Championship in Hawaii in January which earned him a ticket to Augusta National.

He said his experiences in Asia shaped his formative years as a fledgling professional and believes that more Americans should head to the Far East to become better players if they failed to gain playing rights on the USPGA Tour.

“I love the Asian Tour. That’s why I go back every year to play a couple of events. The Asian Tour was where I learned how to play the game,” Chopra said.

“I love going back. My friends are there and I always talk about how great a Tour it is.

“I always feel more American players should play on the Asian Tour. Instead of playing on the mini tours here if they are not on the major tours, they should try to play the Asian Tour.

Chopra moved to India when he was seven and was raised by his grandparents. He grew up playing golf alongside the likes of Jeev Milkha Singh, Arjun Atwal and Jyoti Randhawa, who have all won the Asian Tour Order of Merit titles previously.

The 34-year-old enjoyed a fairly good start to his professional career by winning eight times in mini events but struggled to cope with the demands of the game in the late 1990s.

During his depths of despair, Chopra took a loan from Singh to fund his career and the Swede immediately turned the corner when he won the Taiwan Masters in 2001.

After earning his USPGA Tour card at Qualifying School in 2003, he has not looked back, winning the Ginn sur Mer Classic in Florida last season and then the winners’ only tournament in Hawaii three months ago which earned him a trip to the Masters.

He was also delighted to see Asian Tour trio Singh, Prayad Marksaeng of Thailand and China’s Liang Wen-chong in this week’s field through special invitations extended by Augusta National.

Chopra’s excitement at being in his first Masters is understandable.

“It’s fantastic. I’ve waited my entire golf career to do this and it has taken a long time,” he said.

“It’s worth the wait. I’ve studied the Masters as I’ve watched it every year since 1986, almost every single minute and every hour of the television coverage.”