Community members gathered at Stjärnsund church Sunday night to share their grief and seek support from one another, while police had to come to grips with the realization that they had information last November that could have put Eklund behind bars.

Last November police received information about Eklund in connection with their investigation of the unsolved murder of Pernilla Hellgren in Falun in 2000, but never acted on the tip.

The ignored tip is embarrassing for police.

“If the police had reacted, would the girl be alive now? That’s a question we’ll have to ask ourselves,” Petters told the newspaper.

During questioning on Sunday, Eklund first confessed to the murder of 31-year-old Hellgren, and then admitted to investigators that he had also killed 10-year-old Engla and hidden her body.

Police have since located the body, which will undergo an autopsy to determine the exact cause of death.

Eklund has a long history of violence against women and at least two of his victims were 16-years-old.

He served time in prison in 1995 for attempted rape and has also been convicted for exposing himself and a number of other minor offences.

Eklund, a truck driver, was arrested two days after Engla disappeared at a roadside pub near the border of Halland and Skåne counties in southern Sweden.

He is due for another round of questioning early on Monday morning. 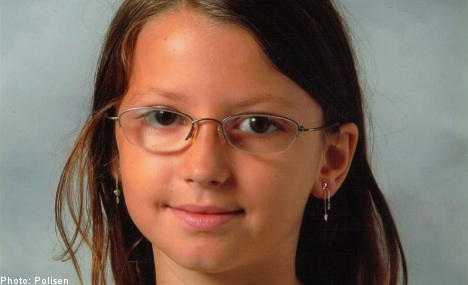