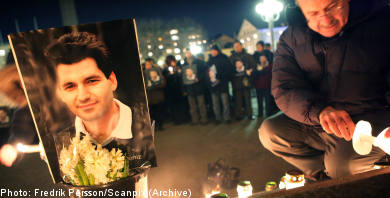 An old dispute between the two men, who were related, is thought to have been the motivation for the stabbing.

The killer visited the university in Örebro on the 11th of December last year for a meeting with Deniz.

When the man finally met up with his relative on university grounds, he attacked the academic with a knife. Deniz was seriously injured in the attack and died from the stab wounds a few days later.

The murder received a great deal of attention, generating concern in Sweden’s Syrian and Assyrian communities that the killing may have been politically motivated.

Deniz was well-known and respected within both communities, and his research dealt with political activists.