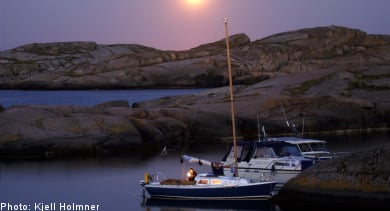 Gothenburg’s archipelago (or, more accurately, archipelagos, as the islands form two clearly-defined and differently-named clusters) consists of dozens of islands which stretch into the sea next to the city’s coastline.

Each of the main islands shares a few defining characteristics which make them attractive to first-time visitors and annually-returning guests alike; however, this isn’t to say that they’re indistinguishable. Far from it, in fact: many of the individual islands have charm and features galore to set them aside from their neighbours, with variety enough to appeal to individual tastes.

The southern archipelago is car-free, with visitors and inhabitants relying on a number of (sometimes slightly arcane) methods of transport to get themselves from A to B; these islands are better suited to visitors interested in meandering along the footpaths connecting the villages, cottages and beaches.

The northern islands are more accessible clusters of communities, churches, and harbours, popular with visitors on sailing holidays, and also filled with summer-houses belonging to residents of Gothenburg and the surrounding towns and cities.

This cluster of islands is popular with day-trippers trying to experience the area from the sea. Consisting of several dozen islands, it’s possible to discover plenty from a hired ferry with guide.

Peder Lafqvist – a ferry captain with Bohusline, who gives tours around the southern islands – talked us through some of his favourite destinations. He cites Donsö as a “religious, peaceful” place, perfect for relaxation and natural beauty, although he also recommends Styrsö, with its restaurants – such as that housed in the well-regarded Pensionat Styrsö Skäret guest house – as an attractive spot for holidaymakers.

Lafqvist’s boat also passes Köpstadsö – an island known as the “wheelbarrow island”, thanks to the residents’ unusual preferred method of transport – and he recommends it as a place to visit.

“When the men would come home from fishing, their wives would be waiting at the harbour for them with wheelbarrows, and take them home on these”. Sounds like a folk tale, but it isn’t: the barrows still stand in the harbour.

Finally, he urges visitors to look out for Känsö – but only from the sea. Inaccessible to tourists, this island is an old quarantine centre, still under military control. Doctors visiting the island would bring along their collections of herbs and flowers and plant them there; they are now flourishing gloriously, and visible from passing boats.

The northern islands, clustered under the community name of one of the largest, Öckerö, are popular with tourists and summer inhabitants in the various holiday homes and guest houses. Visitors should start by taking the ferry to either Hönö, Björkö or Öckerö – from here, bridges connect you to the smaller islands.

The largest island, Hönö, is regarded as one of the archipelago’s most beautiful spots – as with most of the other islands in both clusters, the atmosphere is very serene, and the church plays a central role in the community.

Rather than being overrun with hens, as the name might suggest (we’re told, in fact, that the name comes from the old Norse word “hein”, meaning a type of stone or cliff), Hönö is home to many recommended guest houses, along with a fishing museum (open all summer, in Klåva). The island also gives its name to the well-known flat, soft bread Hönökaka, and a café of the same name exists near the quay at Klåva, where you can buy the home-baked speciality and browse local artworks.

Öckerö’s range of hotels and, increasingly, conference venues makes it an ideal central point for exploration of the northern archipelago, although the island itself lacks much to do, particularly compared to Hönö. Information on how to book accommodation, where to eat, and what kind of activities are available to visitors to the northern archipelago can be found at www.ockero.com

The islands are ideal for exploring the Swedish summer idyll, away from the busy summer restaurants and bars of the city – the perfect places to swim, sail, eat good food and relax next to nature.

For more information about the Gothenburg Archipelago, visit: www.goteborg.com