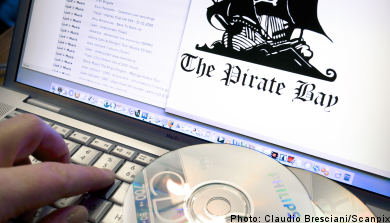 But Gottfrid Svartholm Varg, one of The Pirate Bay’s co-founders, said the MPA’s claims had no basis in reality.

“These are very well-developed fantasies. They have a good sense of imagination,” he told The Local.

The MPA is basing its claim on the costs its members incurred as an indirect result of the illegal distribution of four films and one TV series – Harry Potter, The Pink Panther, Syriana, Walk the Line and the first season of Prison Break.

Earlier on Thursday, Computer Sweden also revealed that Sweden’s Anti-Piracy Agency (APB) was set to demand 6.75 million kronor in compensation from the four people responsible for The Pirate Bay.

When APB formalizes its demands in an impending submission to Stockholm District Court, The Pirate Bay will be left with a potential bill for damages amounting to almost 115 million kronor.

The International Federation of the Phonographic Industry has previously said it would demand 15 million kronor from The Pirate Bay for the illegal distribution of music files on the site.

APB’s claim is partially based on what it refers to as a “hypothetical licence fee”, a figure calculated to correspond to what the companies affected would have charged to make movies available on the internet in the same way as The Pirate Bay.

The remainder of the claim is based on the number of times the files in question were actually downloaded.

Pirate Bay founders Gottfrid Svartholm Warg, Fredrik Neij, Peter Sunde and Carl Lundström have all been indicted on charges of being accessories to breaking copyright law.

A date for the trial has not yet been set.