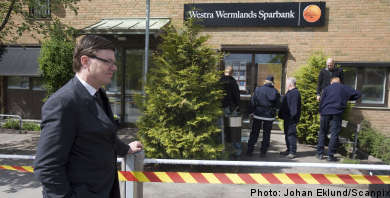 The robbers opened fire with automatic weapons both inside and outside the bank branches.

Authorities received a call at 9:05am Monday morning after the thieves had entered a Nordea bank branch.

Shortly thereafter the sound of gunfire was heard coming from the bank.

One witness told the TT news agency that she had seen five robbers, and that three of them left the Nordea branch and drove a car back toward the offices of the Westra Wermlands Sparbank.

“They broke into both banks,” said the witness.

The witness also saw how the bandits pushed people out of the way on the street, pointed their weapons toward onlookers, and then fired their guns up in the air. She also heard explosions caused by the robbers’ blasting inside the bank.

“No one was physically injured,” said police spokesperson Patrick Danielsson to the TT news agency.

It remains unclear whether or not the robbers made away with any loot and if so how much they may have taken.

After the robberies, the gang disappeared in a black BMW driving east toward Gräsmark, where the vehicle was also seen.

There are also reports that the car has made way to Norway.

“Both the customs office at the border and the Norwegian police have been notified and are on the lookout for the robbers,” said Danielson.

The theft is one of a number directed toward banks and cash transport services near Sweden’s border with Norway.

The region is thought to attract criminals in part due to the high volume of cross-border trade, and in part because it is often a long distance to a large police station. 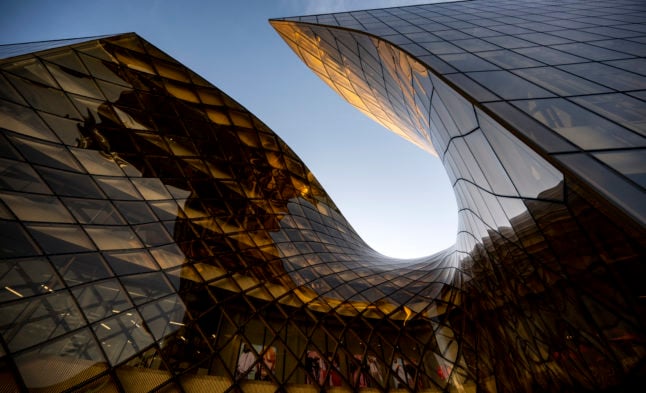