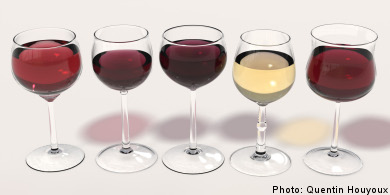 Four out of ten local politicians responsible for alcohol licences have been offered what they consider to be bribes. None of the incidents has ever been reported however.

Many local officials find it hard to determine what constitutes a bribe. This is due to a lack of training and the absence of a policy document.

The widespread nature of the problem has been met with concern by those involved with fighting corruption.

“The figures are very worrying and show clearly that this is an area which local officials have to keep an eye on,” said Björn Blomqvist at the National Anti-Corruption Unit.

What’s more, local officials are accused of not applying the regulations as they were intended and six of ten officials in the survey maintain that many licence holders should never have had their applications approved.

“Officials are often squeezed between the business community, politicians and local residents. It is not good if you then have a local alcohol licence official that has been given the job but would in fact prefer to be doing something else,” said Mikael Bentzner of the Swedish National Institute of Public Health (FHI).

The institute is the highest officiating body with regard to alcohol licences in Sweden. The institute is planning to launch an university course in the autumn aimed at those wanting to work as officials within the area and is hoping that the course will raise the status of the profession.

A government inquiry into the alcohol and licence legislation was launched in September 2007 and its results are expected to be published on December 30th.

The results from Svenska Dagbladet’s survey are drawn from answers from 100 local officials responsible for issuing alcohol licences across the country.