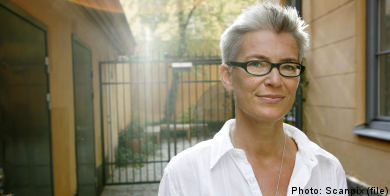 Tiina Rosenberg, one of the founders of the Feminist Initiative political movement and a political science professor at Lund, rushed toward the stage during an a cappella singing group’s performance, reports the Sydsvenskan newspaper.

Members of the group, Last Call, were at a loss to explain what in their performance may have touched a nerve with Rosenberg, who also accused the group of “trampling on the Left”.

At the time of her outburst, the group was performing a humourous number entitled “Folkets Rättigheter” (The Rights of the People).

“Maybe she had had a tough day. But it was really no fun at all. And we were expected to just stand there in front of 500 people, be told off, and expected to deal with it. I’m sorry but at the same time very proud that we had things together enough to continue the song from right where she interrupted us,” said Last Call member Henrik Béen to Sydsvenskan.

“I want to point out that we are very apolitical and have only the greatest respect for Tiina Rosenberg,” he said.

The paper was unable to reach Rosenberg for a comment, however the head of Lund University, commented on Sunday that he didn’t plan to take any action following the incident.

“She can take responsibility for her own behaviour,” Göran Bexell told Sydsvenskan.

“I don’t want to make this any bigger and I hope that it doesn’t spill over into her research.”

Bexell added that he didn’t feel there was anything inappropriate about the song which upset Rosenberg.

“They lampooned both the right and the left. And they were very well received by the other guests,” he told the newspaper.