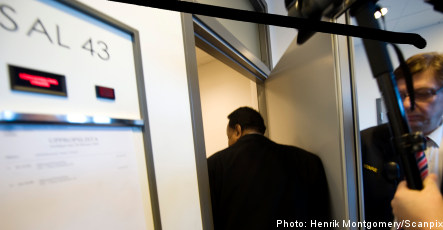 Throughout the spring a number of interrogations have been conducted with the suspects and other people.

The men’s extended time in custody generated strong protests from different Somali organizations in Sweden, many of which demonstrated outside the police station.

A spokesperson for the National Association of Swedish-Somalis (Svensk-Somaliska Riksförbundet) told the TT news agency that the men are politicians in the Somali opposition movement and are therefore political prisoners in Sweden.

The two are being released because they are no longer considered able to destroy evidence or hamper the investigation.

Both men, however, remain subject to a travel ban and must report to police or the prosecutor on a regular basis.

Suspicions against the men remain, however, according to a statement from the prosecutor’s office, and a decision regarding an eventual indictment is expected after the summer.

The men are suspected of having sent money to Somalia-based terrorist groups between 2006 and early 2008.

They were arrested at the end of February in a coordinated police action conducted in Sweden and Norway.