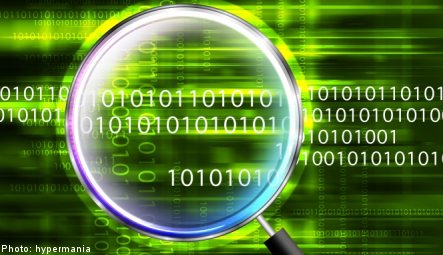 Gustaf Stenlund, spokesperson for the youth wing of the Moderate party believes a few Moderate parliamentarians will chose their conscience over party policy and vote against the proposal.

And Stenlund is not the only youth wing member of the centre-right coalition parties who is breaking ranks with his senior colleagues.

Centre Party youth wing chair Magnus Andersson is also frustrated over the support his party is giving the measure.

“The legislation and the Centre Party’s support for it goes against the ideals we stand for,” he told The Local.

Both the Centre and the Liberal Party’s youth wings have issued statements condemning the legislation and urging their colleagues in the Riksdag to break ranks and vote down the proposal.

Although frustrated, Andersson is still hopeful that public pressure will help centre-right politicians vote no next week.

“I still have faith in my colleagues,” he said.

Frederick Federley, a Centre Party member of the Riksdag whose vote is considered crucial for both the yes and no camps, said on Wednesday that he has been overwhelmed by the number of emails and telephone calls he has received from members of the public giving him support.

Federley has been open about his mixed feelings towards the vote, exemplifying the challenges facing undecided members of parliament as they wrestle with the competing priorities of party politics and public pressure.

Even Allan Widman, defence spokesperson for the Liberal Party and a strong supporter of the proposed surveillance law, can understand people’s anxiety.

“I have received perhaps a thousand emails from people concerned about the proposal. It is a very serious matter,” he said.

“I think it is a very difficult position for every parliamentarian.”

Despite the worries expressed by those who have written to him, Widman, who also sits on the Riksdag’s Committee on Defence, said it was “very unlikely” that he would change his position.

Stenlund from the young Moderates blames the media for not doing enough to highlight the privacy and national security issues at stake with the proposed measure.

“It makes more sensational headlines when just few days are left for the proposal to become law,” he said.

In fact, it was a select group of bloggers who played a pivotal role in drawing attention to the bill following its approval by the Riksdag’s defence committee last week.

Within days, a group of opponents had set up a website, www.stoppafralagen.nu, to galvanize the efforts of those who were against the measure.

According to its administrators, the site has had at least 100,000 hits a day since its launch on June 6th.

Mikael Nilsson, one of the main organizers of the opposition movement, said that individuals from all walks of life simply don’t want a society which resembles that of China and North Korea.

“We are overwhelmed by the response we’ve received from the members of the public. They are all worried,” he said.

The group plans to hold a demonstration outside of the Riksdag on the day of the vote in the hopes of convincing wavering politicians to vote against the measure.