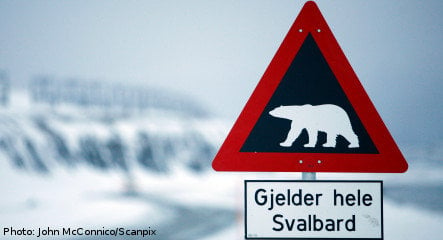 Crown Princess Victoria of Sweden, Crown Prince Haakon of Norway and Crown Prince Fredrik of Denmark will spend five days on an ice-breaker in Svalbard, a group of islands located in the Arctic off the coast of Norway.

The trio of royals will help to test equipment in preparation for a longer expedition in the summer.

Victoria, Haakon and Fredrik left the relatively mild Midsummer weather, donning winter clothes for their adventure which began in the Norwegian town of Longyearbyen on Saturday.

“They are leaving the four degree temperatures of Longyearbyen to travel as far up the ice as possible,” said Sven Gjeruldsen of the Norwegian court to news agency TT.

The heirs and heiress will travel on the ice-braker IB Oden in the Arctic Sea to test newly installed equipment in preparation for the Arctic Summer Cloud Ocean Summit (ASCOS). The expedition aims to contribute to research about the clouds and their role in the Arctic climate system.

The expedition is part of the polar year, of which the three royals are patrons in their respective countries.