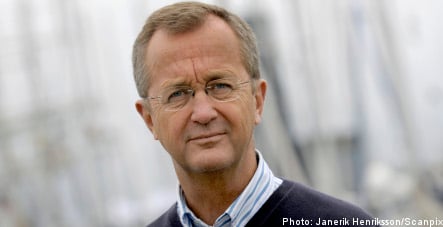 He made his comments in an interview on TV4 on Monday morning.

“This is not a contribution to the debate. I don’t want to be a pawn in this game,” Syrén said. But, he added, the armed forces’ need for intelligence had been forgotten in much of the debate.

“When we face an opponent we need to know its capabilities and capacity. Intercepting communications is one means for us to ensure we can take reasonable risks.”

Syrén said he was speaking as a “customer at the FRA shop”. He said it was not his concern how intelligence was gathered.

“FRA is another government agency and it is important that we fulfill different functions,” he said, adding that he did not want to get involved in the question of personal integrity.

“I am only speaking about the needs that I have.”