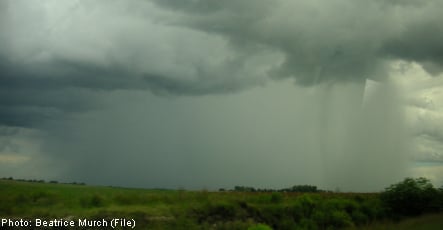 SMHI put out a class 1 warning for Örebro and Värmland in eastern Sweden and for the south-western region of Kalmar, as well as for Östergötland in central Sweden.

SMHI is predicting a rainfall of between 25 and 40 mm as well as thunderous storms in the area. However, the island of Öland off the eastern coast may be spared of rainfall.

Lessebo in Småland on the east coast has already had rainfalls of 51 mm on Sunday.

A class 1 warning means that SMHI is expecting a weather development that may put the public at risk and cause general disturbance, with a risk of flooding.