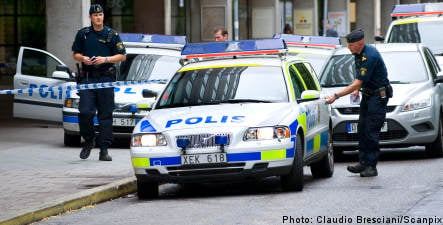 Two or three armed men were involved in the robbery of a security transport near Karlaplan in central Stockholm at around 12pm on Monday. No one was hurt in the robbery.

“Following the robbery they first fled on foot before they jumped into a foreign-registered, grey BMW. There are also reports that a third person was involved,” said Joakim Caryll for Stockholm police.

The men, dressed in black and bearing weapons that appeared to be pistols, got away with an undisclosed sum of money.