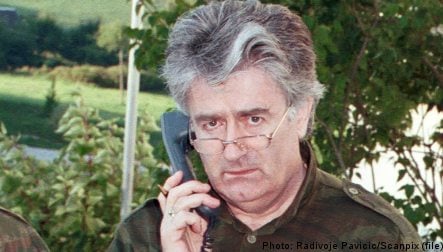 Bildt – the EU’s mediator in the Balkans conflict in the 1990s – praised the Serbian government for its decisive action.

“Now a new Serbian government is showing that it is willing and able to act to live up to its international and European commitments,” Bildt wrote in an official statement from the Ministry of Foreign Affairs.

“I hope that it will now be possible for the UN war crimes tribunal in The Hague to commence the long-awaited trial relatively soon.”

“I myself experienced how frustrating it was that he could not be brought to trial immediately after the end of the war in Bosnia,” he said.

Bildt served as the European Union special envoy to the former Yugoslavia from June 1995, was co-chairman of the Dayton peace conference in November 1995 and was the High Representative in Bosnia and Herzegovina in 1996-1997, immediately after the Bosnian war.

Bosnian Serb was crimes Radovan Karadzic is one of the world’s most wanted men and has evaded capture for more than a decade after disappearing in 1996. He has been indicted by the UN tribunal for war crimes and genocide over the 1995 massacre at Srebrenica.