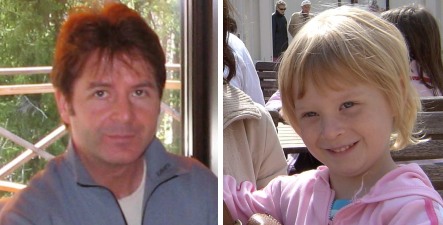 Nordbo, 47, has been charged with kidnapping and abduction, he added. Cambodian police were working with Interpol and Swedish authorities to arrange his extradition.

“He confessed to us and said that he wanted his daughter to live with him, but that is illegal,” Bith Kim Hong said.

Alicia’s mother Maria Elfversson has accused her ex-husband of kidnapping the girl in June last year, when he took her on a vacation and never returned.

The mother had been granted custody of the child.

Elfversson accused Nordbo of disguising her daughter by dressing her in boy’s clothing and cutting her hair very short.

“She is very good with her mother now. There was such an emotional talk between them.”

Cambodia, still recovering after decades of conflict which ended in 1998, has been trying to toughen its border controls and its migration laws to end its reputation as a haven for traffickers.