According to an American study at Wisconsin University, published in Science magazine, boys and girls are equally good at mathematics. After studying 7 million American school children’s test results, researchers concluded that there is hardly any difference between male and female students.

The only difference was that the top 1000 results included more boys than girls. However, researchers see signs that this elite group is minimizing with time.

In Sweden, although women make up the majority of students at higher education institutes, mathematics and technology remain male bastions. Only a quarter of civil engineer students for the year 2006/2007 were women.

Christer Kiselman, professor emeritus in mathematics at Uppsala University told TT news agency that this means a pool of talented female individuals is going to waste. According to Kiselman, southern Europe doesn’t have the same track record, where it is much more common for women to be mathematics professors.

“Mathematics is regarded as a humanistic subject in Latin countries. And more women study humanities. We ought to regard Spain as a pioneer,” Kiselman told TT. 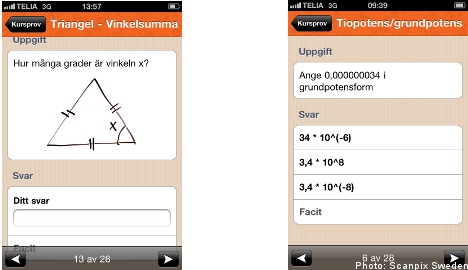