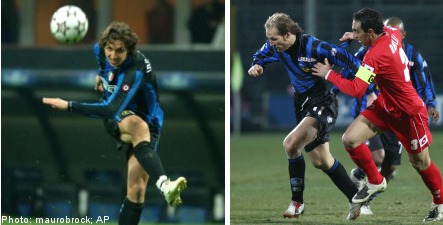 The Swede is one of the top players in Serie A and thought to be in the running for this year’s world player of the year award.

There was a hint to the error made with the announcement that Ibra had been signed from Atalanta.

In fact, PAOK had actually signed Atalanta’s Bosnian forward Zlatan Muslimovic with his Italian club ironically playing in the same black and blue shirts as Inter.

The mistake was later corrected but no-one seemed to have told the fans, who came out in their hoards to welcome the new arrival at the airport, as if he was indeed Ibrahimovic.

The mistake is an easy one to make as like Ibra, who is of Bosnian heritage, Muslimovic holds a Swedish passport and plays up front.