“There’s cannabis growing on Floras Knoll,” the tipster told the Norbotten-Kurrien newspaper, referring to the name of the park in central Luleå.

“I’m totally sure. I’ve grown it myself.”

Unsure whether or not to believe the caller, the newspaper first reported the matter to local police. After a brief inspection, however, Per-Olov Andersson of the narcotics division assured the reporters there was nothing amiss.

“It’s probably the harmless hemp agrimony plant, which is often confused with hemp,” he said.

Still smelling something funny however, reporters from the Kurrien decided to investigate further.

And fate was on their side, for when the journalists arrived at Floras Knoll to inspect the suspicious flowerbed, they stumbled upon an expert witness who could testify to the authenticity of the pot plants.

“It is ganja,” proclaimed Kent King, a dreadlocked native of Jamaica visiting Luleå, who happened to be strolling through the park at the time.

“I grew up with this. I’m one hundred percent sure.”

Even the cool headed Jamaican was taken aback by the abundance of marijuana plants spouting up among the flowers.

“I couldn’t believe it. I walked by and saw the plants. At first I thought, ‘This is impossible. This is Luleå.’ But when I looked closer I saw that it was in fact cannabis,” he told the Kurrien reporters.

The reporters then brought the new evidence back to Andersson from the Luleå police who agreed to take a second look at the grass.

“This is definitively cannabis. We don’t know how strong, but it is cannabis.”

Andersson theorized that someone had surreptitiously spread cannabis seeds among the flower beds earlier in the summer, leaving the city’s park maintenance crews to unwittingly take care of the marijuana’s cultivation.

Ulf Eriksson of Luleå’s parks department was shocked at the news that city employees had been growing illegal drugs on city property.

“I’ve never been a part of anything like this, so it’s not so strange that we didn’t notice anything. They were planted in a very crafty way,” he said.

And the lack of knowledge about the appearance of cannabis wasn’t restricted to parks department management either.

“I’ve worked here all summer and seen them and understood that they didn’t belong here, but I didn’t know what it was,” said park worker Emelie Isaksson.

“I thought they were common weeds…I would have never believed there would be cannabis in the city’s flower beds.”

Following the discovery, park workers quickly dug up the ‘weeds’ in order to save the rest of the city’s flowers from being trampled by curious members of the public. 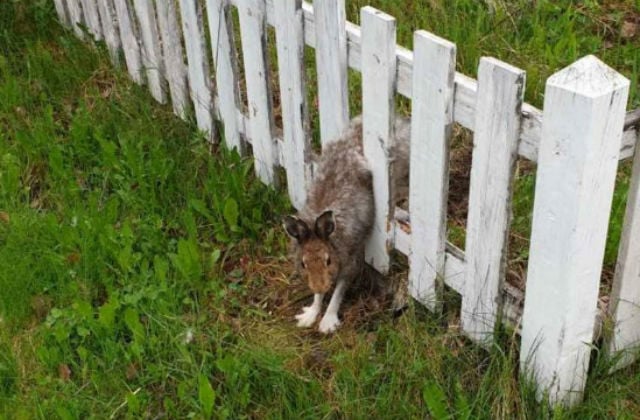