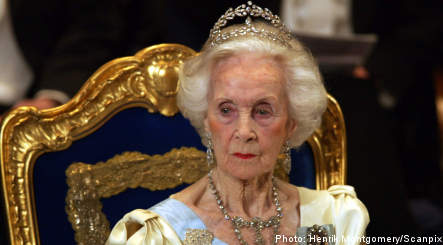 The princess, 92, is to undergo an operation on Wednesday, according to the newspaper Expressen.

“I have not yet been in touch [with her] today, but the princess was feeling well yesterday, given the circumstances,” she told news agency TT.

Princess Lilian, who was born in Swansea, Wales, married Swedish Prince Bertil, the king’s uncle, in 1976. The couple had met in London in 1943, where Lilian was working in a factory making radio antenna. Marriage was initially out of the question, as Bertil would have lost his right to the throne if he married a commoner.

The princess has carried out a wide range of public engagements, attending the Nobel Prize ceremonies and acting as patron of a number of organizations, although she has made few public appearances in the last two years. She lives in a house on Djurgården, in Stockholm.