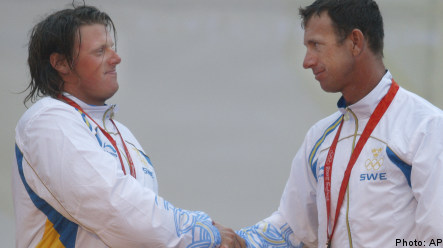 When Lööf and Ekström made it to the finishing line they were expecting a silver medal as the results board said they were in ninth place.

However, when the official results list was published, it put Lööf and Ekström as coming in last, in tenth place.

The team’s captain Magnus Grävare told Expressen that he had fully expected the duo to be awarded a silver, since they had led the field coming into the final race and ninth place would have been enough to secure second place.

The Swedish team had two minutes to dispute the placing, but failed to do so since they believed they had won silver.

Stefan Rahm, head of the Swedish Sailing Association told Expressen that they would be filing an official complaint.

“It is strange that you have one official result, write it down, and then it gets changed,” he said.

“The system has failed”.

Rahm told Expressen that it was not the first time the Swedish team had filed a complaint against the International Sailing Federation.

“This is a real blunder”.

If the yachting team go ahead with their official complaint, it will be the fifth complaint filed by the Swedish team in Beijing.