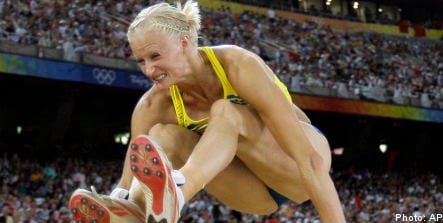 The 2004 heptathlon Olympic champion jumped a best of 6.49metres but it was only good enough for ninth place, one place outside the competitors who will contest the final three jumps.

The three-time world champion, who decided not to contest the heptathlon because she wanted more time to herself, earlier failed to reach the Triple Jump final.

The 29-year-old Nigerian gained a late entry into the final – having finished as 13th best qualifier – because Ukraine’s heptathlon silver medalist and long jump finalist Lyudmila Blonska was thrown out of the Games on Friday for failing a dope test.